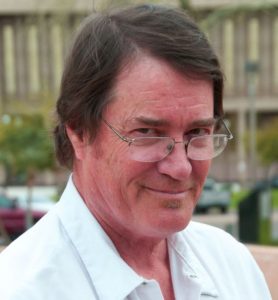 Cannabis Legalization and Decriminalization in the State of Arizona

A former congressional candidate, DNC delegate, school teacher, touring poet and political writer, Mikel Weisser began working on cannabis politics in 2012 and helped draft Arizona’s 2016 cannabis legalization initiative. Since 2015 Mikel Weisser has been the state director of NORML’s Arizona chapter and a consultant to AZ’s cannabis industry. In addition to working as head staff writer for Cannabiz News, his cannabis reporting has been published in Leafly and Freedom Leaf. Weisser has a Masters in English from the University of Illinois at Springfield and a Masters in Secondary Education from Northern Arizona University. He lives with his wife in So-Hi, AZ.